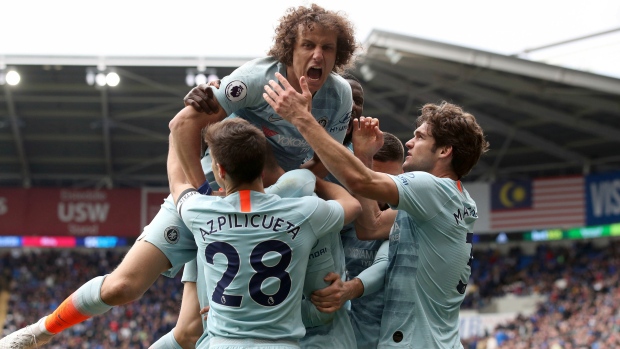 It seems that Maurizio Sarri as Chelsea coach is still optimistic his team can finish in the top four of the Premier League this season.

As we know, now the competition for the top four in the Premier League is indeed very tight. Until now there are four teams that will fight for tickets to play in the Champions League next season, they are Tottenham, Manchester United, Arsenal and Chelsea.

Chelsea currently sit in sixth place in the Premier League standings where they are 3 points behind Arsenal and 4 points behind Manchester United.

Despite being left behind, Sarri still hasn’t given up on the top four positions. He believes his team is able to cut the distance with its competitors.

“We all know, the most difficult period is the time like now, a difficult moment for all clubs,” Sarri said as quoted by Sportsmole.

“I’m sure Chelsea can still finish in the top four even if we fail to win consecutive wins for the rest of the matches,” Sarri continued.

“At the moment we cannot think of anything else, we must focus on what we have to face in the future. We have to focus on every game we play. This is the best way for us to be able to finish in the top four and win Champions League tickets next season, “closed Sarri.