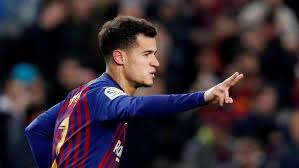 Since last season, the name Eden Hazard has been widely linked with Real Madrid. The Belgian player had expressed his desire to leave, but thanks to seduction of Maurizio Sarri, he could survive until now.

Unfortunately at the moment Hazard’s desire to leave seems to be unstoppable. Most likely Eden Hazard will join Real Madrid at the end of the season.

According to Mundo Deportivo alerts, Chelsea are reported to have an interest in the figure of Philippe Coutinho. They consider the figure of Coutinho suitable to fill Hazard’s position.

Coutinho himself just joined Barcelona for a year after being brought in from Liverpool. At that time, Barca had to pay around 142 million Pounds to get the signature of Coutinho from Liverpool.

Unfortunately, lately Coutinho has often received scathing criticism from both fans and the public of Spanish football. This raises speculation that the player intends to leave the club and return to play in England.

Actually not only Chelsea who have an interest in Coutinho, several other clubs such as Manchester United are also reportedly interested in bringing Coutinho. The player then gave a fairly ambiguous statement regarding the rumor.

“For the time being I will not think about transfer problems and will focus here.”