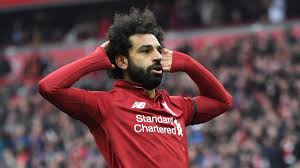 Former Liverpool player Ian Rush said that Mohamed Salah has the potential to become a Liverpool legend, but he also stressed that Salah should not follow in the footsteps of Fernando Torres and Luis Suarez.

Undeniably, Mo Salah is now in the spotlight at Liverpool. This is inseparable from the performance shown by Salah while at Liverpool.

While influencing Salah in Liverpool, the fans even created a special chant for Salah. Of course this is a matter of pride for the player, because not all players can get this opportunity. Not a few fans even mention Salah can be compared with the ranks of club legends.

Rush also told Salah not to take the same path as Torres and Suarez. Although the two players played a big role and were considered Liverpool legends, Rush did not see the two players’ dedication for a long time.

“All talking about Suarez and Torres, I admit they are great players, but if they can’t survive a long time at the club, they can’t be called legends.”

“I see Salah has potential and I want him to stay in the club for a long time and become a true legend.”