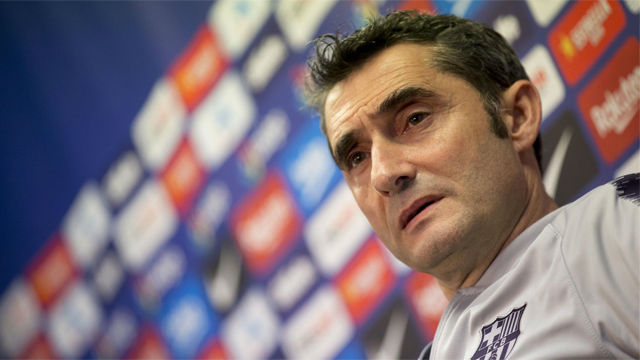 Ernesto Valverde as Barcelona coach dismissed rumors saying he would repatriate Neymar to Barcelona. Valverde claimed to want to honor the contract playing Neymar with PSG.

Since joining PSG in 2014 ago, Neymar is often reported to be returning to Barcelona. Reportedly Neymar feels not at home in France and wants to return to Camp Nou.

But the news seems to be a mere rumor, the article Barcelona has just issued an official statement related to it. Josep Vives as a spokesman for Barcelona revealed that Barcelona did not approach Neymar and did not plan to recruit Neymar.

To strengthen this statement, Valverde also commented. “As a clarification, we do not plan to repatriate Neymar to Barcelona,” Valverde said.

Valverde stressed that Barcelona did not have the desire to buy Neymar from PSG and chose to respect Neymar’s decision to join PSG.

“We respect the decision made by Neymar first. When Neymar moved first, it was all because of an agreement between us and Neymar, so we want to respect that decision. ”

“We also don’t try to contact players and offer something to Neymar. When he decided to leave Barcelona, ​​he was fully aware of his decision. ”

PSG reportedly will sell Neymar in January because of FFP sanctions. As we know, PSG has an unbalanced balance sheet so they have to sell the player.